Reflections from the World Village Conference

The opinions expressed in this article are those of the author, and they do not reflect in any way those of WISE – WASH in Southeast Asia.

The World Village Conference was held in Purwarkata, Indonesia, from 23 to 26 May 2016. Young persons from as far as India and Azerbaijan were selected to participate in three days of activities centred around the theme of preserving culture for sustainable development in the era of village industrialisation.The conference opened with talks by local and overseas speakers such as the Regent of Banyuwangi, Mr. Abdullah Azwar Anas, and the Ambassador of Kazakhstan to Indonesia, H.E. Mr. Askhat T. Orazbay. The Regent of Purwarkata, Mr. Dedi Mulyadi, spoke passionately about his regency and how the local government was addressing the challenges faced by their villagers. Mr. Dedi described how villagers had misconceptions that more developed economies only had urban cities, even though many of these countries’ products originated from rural areas. This misconception has bred notions of money- and consumption-based cultures within villages. It was also heartening to find out from the Deputy Governor of Jakarta, Prof. Dr. Sylvia Murni, that even a megacity like Jakarta was working hard to preserve the culture of the Betawi (descendants of the people living in Batavia since the 17th century). The Betawi kampung (village) occupies nearly 300 hectares worth of land! On the country level, Indonesia’s government also has many initiatives to support rural people, such as the National Program for Community Empowerment in Rural Areas.

One of my most enjoyable sessions was Mr. M Saud Anwar’s (Mayor of South Windsor, Connecticut, USA) presentation about his town and what they were doing to attract investment and jobs while preserving their culture. He gave many interesting insights about rural development, while noting that what worked in one setting may not be successful in a different setting. One point that resonated with me was that it was important to find out what people valued – this is true in every situation, I think!

The next and final two days of the conference were spent in Cihanjawar village. Along with fellow participants, I stayed with a very welcoming family, tried my hand at planting rice, trekked through the village’s protected forest, and generally observed the lives of the residents. I always appreciate the chance to visit new villages because they are all unique in their own way. One of the observations that struck me most (as a WASH professional) is the abundance of water in Cihanjawar village, such that the water in the toilet and bathroom is left running 24/7 and continuously overflows to the drains. A stark image is given that Southeast Asia is facing one of its worst droughts in history.

Our stay in Cihanjawar village wrapped up with a group discussion on how the village could be modernised/developed while preserving the culture. While the short discussion could only touch the surface of the many issues surrounding village development, it has prompted me to think more about village development and its relationship with WASH and WISE’s mission.

Overall, the conference was a learning opportunity as well as a chance to meet like-minded individuals from around the world. I got to interact with youth working on all kinds of development issues around the region and beyond. It is great inspiration to know that our peers are equally passionate about addressing the issues that affect the world today! 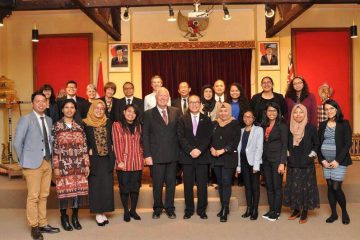 Rosa – The inspiring journey of consciousness

It has been a while since we last heard from Rosa and her involvement with INSPIRASI. But guess what? We’ve got something exciting to tell you! She is now back in Indonesia with many inspiring Read more… 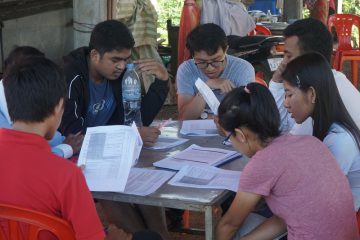 Every organization must have a desire to develop the ability of its members to work more effectively. That is the reason behind WISE’s decision to conduct a training needs analysis (TNA) 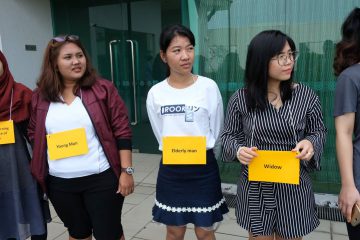 “To develop professionally: Adopt a beginner’s mindset, stay teachable, seek feedback, teach others, embrace teamwork.” – Dan McCabe The above quote is in tandem with WISE’s efforts at supporting the professional development of its team Read more…