Approximately, 70 percent of the 64 million tons of solid waste generated in Indonesia each year is sent to substantially unsani­tary landfills. According to researchers and media, the recycling rate is about 2 percent (in urban regions: 7.5 percent) (Source: global-recycling.info). In today’s society, we must understand that good doesn’t always have to be new. It is through this vision that Buku Bersambung strives to spread awareness about recycling paper in Indonesia and 3Rs Reduce, Reuse, Recycle in Indonesia’s youth, in hopes that they will one day be able to start their recycling journey.

The initiative takes the good paper from pre-loved books and turns them into new notebooks to be shared with beneficiaries and those in need. The process goes along the lines of collecting old notebooks through donations, sorting the paper and turning it into useable products such as reusable notebooks (from blank paper) and recycled notebooks (from used paper).

Initially inspired by a yearly tradition of sorting old paper from school notebooks, Buku Bersambung targets elementary students in hopes of spreading their message nationwide as school-going children tend to be the top consumers of regular notebooks annually. Statistics have reported that middle and high-income Indonesian families have the tendency to purchase new notebooks despite having plenty of extra paper from previously purchased journals. By introducing this means of reducing paper wastage, Buku Bersambung tries not only to educate individuals but also helps them form habits that they will sustain for a lifetime so that they can see the bigger picture of the waste issues that they are facing. Buku Bersambung strives to create a supportive environment for students to take action and improve their awareness to stop them from throwing away their old notebooks.

On 7 November 2018, Buku Bersambung’s team met WISE for the first time at the Young Social Entrepreneurs (YSE) Overseas Workshop, a workshop organised by The Singapore International Foundation, in Jakarta. The YSE Overseas Workshop is a platform where participants can share their experiences and opinions on starting up a social enterprise. It was at this event that Yoke, WISE’s co-founder, mentored Buku Bersambung regarding the challenges they were facing and provided them with strategies on moving forward with their project.

WISE has continued to support Buku Bersambung by providing them with insights and consultation even after the workshop and the two initiatives are planning to establish an active and fulfilling long-term collaboration. WISE looks forward to seeing Buku Bersambung’s progress and wishes them all the best for the long run. 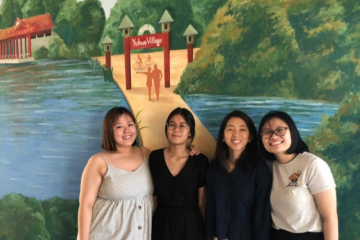 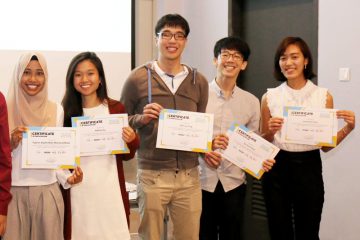 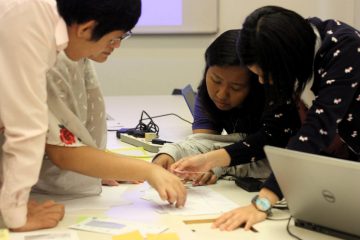