Sabilul Maarifah Karmidi, or Ifa, is a delightful woman who loves pets – cats, dogs, and more. She is an Indonesian who lives in Istanbul, Turkey and has been actively learning how to draw, teaching art and English for kids, as well as volunteering. Let’s be acquainted with her…

How did she find WISE?
She found WISE on the UNV (United Nations Volunteers) online volunteering website. She decided to join because WISE works in Southeast Asia (SEA), a region where she had been living all her life but does not know very well. She saw volunteering at WISE as an opportunity to learn more about SEA.

How about her perspective on WASH?
Once, during a long holiday, Ifa was so lazy to bathe until several days later it became very uncomfortable. But then she felt refreshed instantly after showering. After that, she started to think and research about the importance of bathing and water, and it dawned on her that it was something really important that she had just taken for granted.

What about her perspective on WASH in Southeast Asia?
Ifa was not aware of the WASH situation in SEA before she joined WISE. WASH was never a topic she researched or explored, it was something she took for granted. But she believes that as an emerging global economy, SEA has not put in a lot of effort in educating communities about the importance of sanitation. Besides, there are not enough resources available to provide accessible WASH to groups of people. This includes having adequate public bathrooms, latrines, or sinks and affordable soap. Disparities in economic status, education, and other aspects including lifestyle prevent those who are able to help and those who need help from meeting and finding a solution. People should care because WASH is an essential step to ensuring one’s health and well-being. Only then is one able to develop and thrive as a region, economically, socially and intellectually. WASH is the very first step for citizens to feel comfortable before they can move forward as a part of society.

What does she expect from herself and WISE?
Ifa wants to experience more adventures, and publish her work. She would also like to continue learning and earning more, financially and spiritually. For WISE, she hopes that the organisation can tackle WASH problems in more areas in Southeast Asia to help the citizens live a healthier life. Additionally, she wishes WISE will continue raising awareness and educating people on WASH issues. For WASH in Southeast Asia, she hopes people can understand that having good WASH conditions is a human right everyone is entitled to, and people can help each other to keep themselves and the environment clean and healthy, without having to rely on a certain authority or power.

What is her insight into WISE?
Working with WISE has been a priceless experience, even though it is only virtually. One thing that caught her attention was how the WASH project she worked on involved a lot of children and young people. Children are in the midst of growing up and need a good environment to help them develop and attain the best results, physically and mentally. At the same time, the projects also increased her understanding of how the government and NGOs work together to solve such problems.

Quick fire!
What is your current state of mind?
Admiring my cat’s very tranquil life even though I expose him to world news every day.

Where are you most likely to live?
In a place with meadow and sea and seafood and noodles.

Who are your favorite writers?
At the moment Pramoedya Ananta Toer and Haruki Murakami.

What is a talent you would like to have?
Ability to identify plants and animals. I cannot distinguish them unless they look obviously different.

What do you consider the most overrated virtue?
Physical appearance, especially when it is written on media. 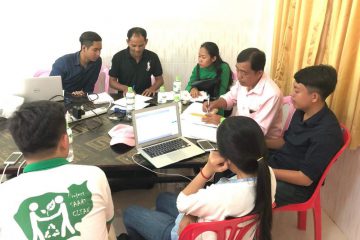 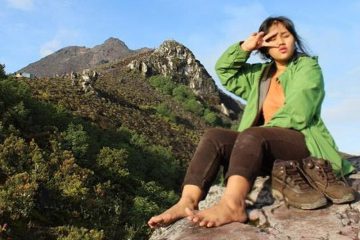 Despite describing herself as fierce and formidable, Jenny Wahyuni confesses that she has an extreme fear of animals without jointed legs, such as earthworms, snails, octopuses and jellyfish. A 23 year-old pharmacy student in Yogyakarta, Read more… 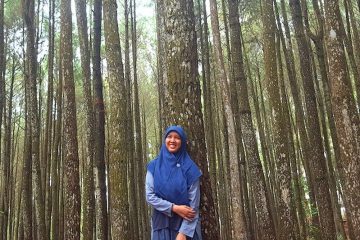