Following the Phnom sanitation project pilot latrine construction scheme implemented by WISE in collaboration with Neakpoan Organisation for Development (NOD), Hom Nean, the final recipient, completed her repayments on 27 January 2019. The recipients were picked carefully through a meticulous and exhaustive process.

Hom Nean lives with her four children and husband. Channa, one of her daughters, has a medical condition that poses a huge financial burden on the only two working family members. Unfortunately, even though Hom Nean wants to chip in, she is currently unemployed as she is unable to find a job. Despite their tough financial circumstances, they managed to repay their contribution.

WISE would like to celebrate the fact that everyone completed their repayments. Before the subsidy scheme was launched, some commune council members were sceptical. However, all our recipients have fulfilled their promises to finish repaying their contribution. This demonstrated their commitment, as well as the value they attach to improved sanitation. WISE would also like to extend our gratitude towards students at Singapore American School, who suggested using a cash box which NOD provided, to help the two recipients to save money.

As stated in the subsidy agreement, after the construction, WISE continued to get updates from the recipient or their adult household members on the household’s latrine and financial situation until January 2019, when the repayments were completed. WISE and NOD monitored how the recipients were using the latrines and their satisfaction towards the design. At the same time, data on the financial situation of households was collected, which will be used for further decision making in the future.

In recent years, Cambodia has been facing what experts have termed the “worst drought in decades”. The National Committee for Disaster Management estimated that 2.5 million people were directly affected in 2016. Provinces such as Read more… 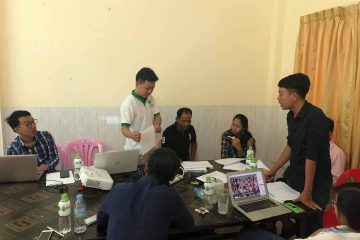